Are you more of a dog person or a cat person? I am definitely a dog person. My family had three dogs when I was growing up: two German Shepherds and an adorable mutt, who was my most beloved companion for years. We had a lovely Cocker Spaniel in D.C., who unfortunately died very young, and now we are “grandparents” to our daughter’s wonderful Cockapoo, Kaya, who is a total delight. I’ve never had cats and haven’t been around them much. I don’t dislike them, though. They have interesting personalities and can be lots of fun, but their aloofness would not go well with my idea of a pet. I wouldn’t know how to deal with it. So, dogs it is! This is Kaya: 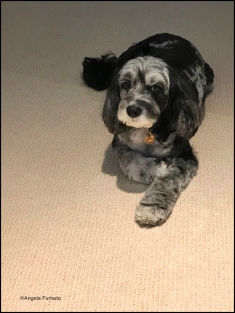 If you were to buy a new house/apartment what is the top three items on your wish list?  Being in Southern California, one of the items would have to be a pool. When we were house hunting in L.A. we couldn’t find a house that met all our needs and had a pool, so we decided that wasn’t a priority, although it would’ve been great to have a pool with year-round sunshine… The second wish would be that the house or condo be on the ocean front. We are just a 10-minute ride from Santa Monica Beach but I’d love to live on Ocean Ave. with a view of Santa Monica Bay. The other day we were walking on Ocean Ave. and I noticed there is a Senior Living Facility there, so I told my husband that perhaps we should plan to move there when the time comes… 😀 😀 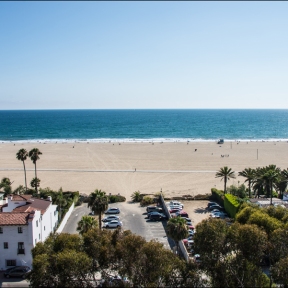 The third wish, and don’t laugh please, would be to install those Japanese toilet seats that do everything for you, clean themselves, even play music while in use, in all the bathrooms in the house. 😀 😀 😀 That’s actually not a wish at all, but I couldn’t think of anything else so, why not that? I hear it’s one of the craziest experiences people have in Japan. 🙂

What inspired you this past week?  First, let me clarify that I am not an American citizen, so I don’t vote and don’t belong to any party. But I pay a lot of taxes as a permanent resident and thus have great interest in what the government does or doesn’t do for its citizens and residents. Last week I was very inspired by what three Republican Senators did when they voted against a bill that would take away health care from millions of Americans. It was especially inspiring that two of them were women –Senators Susan Collins and Lisa Murkowski– who held on to their convictions and their constituents best interest, in spite of enormous pressure from the party to vote yes. The third was Senator John McCain, who went back to DC only 10 days after having brain surgery to extract a malignant tumor just to participate in the vote. He not only voted against the bill, but also gave a strong speech urging members of Congress to work together, across party lines, for the good of the American people. He proved himself to be a real maverick and a man of principles. His vote was essential to defeat the bill. Kudos to the three of them!!

The images above are from the Internet. From left to right, Senator Lisa Murkowski, Senator Susan Collins, and Senator John McCain.