This was the third time I encountered the “Santa Monica Daredevil,” as I call him. It had been a while, almost a year, since I last photographed him. As usual, as I was walking around Palisades Park, with my camera at hand, he just materialized in front of me and I just kept shooting without much thinking. At first, the sun was behind him, so I shot some silhouettes. As he passed by me, I made some shots with the golden light on him and the Santa Monica beach and pier below. Next time I should go after him and ask him what’s his deal… 🙂 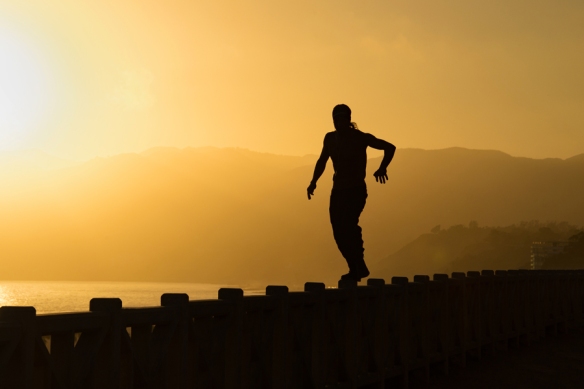 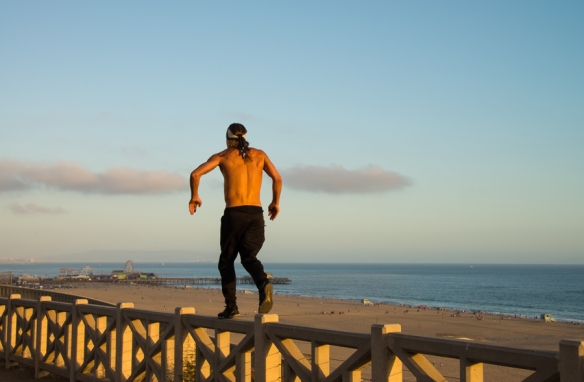